This article is one to pay attention to Kids. Funny how I’ve never heard about the Iranian law that requires them to resume….watch for the rhetoric to build, remember WMD?Iran threatens to end nuclear co-operation –
Iran threatens to end nuclear co-operation
1/13/2006 7:00:00 PM GMT
Iran threatened on Friday to end all voluntary co-operation with the International Atomic Energy Agency if its NUCLEAR case is sent to the UN Security Council for possible sanctions, The Associated Press news agency reported.
Foreign Minister Manouchehr Mottaki said the European Union will lose the opportunities they currently have in dealing with Iran, threatening to block snap checks of the countryâs nuclear sites, state-run television reported.
“In case Iran is referred to the UN Security Council …, the government will be obliged to end all of its voluntary co-operation,” Mottaki said.
The threat reflected a law passed late last year that requires the Iranian government to block UN inspections if the IAEA sends Tehranâs nuclear program to the UN Security Council.

The Iranian law also requires the government to resume all nuclear work that it had suspended voluntarily, including uranium enrichment.
Iran has been voluntarily allowing the short-notice IAEA inspections since 2003.
* UNSC referral
The United States and the European Union accuse Iran of secretly developing an atomic weapons program. The Islamic republic rejects the accusations, insisting that its NUCLEAR PLANS are strictly for the peaceful generation of electricity.
On Thursday, foreign ministers from the UK, France and Germany said that talks with Iran had reached an impasse and agreed that the issue should be sent to the UN Security Council.
The U.S. Secretary of State CONDOLEEZZA RICE backed the EU call, saying a “strong message” must be sent to the Islamic republic, BBC reported.
“These provocative actions by the Iranian regime have shattered the basis for negotiation,â? she said, adding that Tehran was “in dangerous defiance of the entire international community”.
RICE talked of “a menu of possibilities” for diplomatic action against Iran, but she said that Washington didnât “at this point” have the option of military action on its agenda.
Russia didnât exclude the possibility of sending Iran to the UN, but said not all diplomatic steps had been taken. Also top Japanese officials said there would be no option but to refer Iran to the Security Council unless it “changes its behavior”.
* “Merely research”
The calls to haul Iran before the Security Council were made two days after Iran broke some UN seals in the presence of UN inspectors from three nuclear sites, including its main uranium enrichment facility in Natanz, central Iran, and resumed nuclear fuel research.
Iran says it is resuming “merely research” and that “production of nuclear fuel”–which involves enrichment — “remains suspended.” But the IAEA says Tehran also plans small-scale uranium enrichment.
âI recommend to European countries that they should separate the issue of research from production of nuclear fuel and not make propaganda over research which is natural and normal but had unjustly been subject to suspension in the past,” Mottaki was quoted as saying.
Mottaki also Iran was prepared for talks with Europeans over uranium enrichment. “If they have any discussion in the stage of nuclear fuel production, we are prepared to continue our talks with the three European countries,”
But he insisted that Iran wonât give up its right under the NUCLEAR NON-PROLIFERATION TREATY to possess the whole nuclear fuel cycle.
“No one can take this right from the Iranian nation. Regaining this right doesn’t require permission from any country,” the television quoted him as saying. 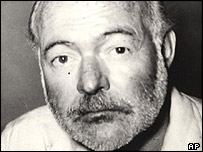