Why is this starting to feel like the shit is going to hit the fan? (Don’t worry though, the US Army just raised the maximum age for enlistment so all you out of work 39 year old guys can become PFC’s in the next stage of the gulf war…)
cd

Embroiled in a nuclear standoff with the West,
Iran said on Friday it was moving its foreign assets to shield them from possible U.N. sanctions, and flexed its oil muscles with a proposal to cut OPEC output.

ranian President Mahmoud Ahmadinejad, on a visit to regional ally Syria, pledged support to militant Palestinian factions at a meeting with their leaders in Damascus on Friday, a Palestinian group said.
The talks came a few hours after Israel’s defense minister accused Iran and Syria of being directly responsible for Thursday’s suicide bombing in Tel Aviv which wounded 30 people. 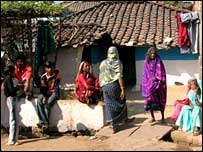