I had no idea the Iranians had such a great sense of humour. Offensive or not, this is a great way to make their point, much better than having outraged Afghans die in protests….
cd

TEHRAN (Reuters) –
Iran’s best-selling newspaper has launched a competition to find the best cartoon about the Holocaust in retaliation for the publication in many European countries of caricatures of the Prophet Mohammad.
The Brussels-based Conference of European Rabbis (CER) denounced the idea and urged the Muslim world to do likewise.
The Anti-Defamation League, which fights anti-Semitism, described the competition as “deliberately inflammatory.”
The Iranian daily Hamshahri said the contest was designed to test the boundaries of free speech — the reason given by many European newspapers for publishing the cartoons of the Prophet.
“Does Western free speech allow working on issues like America and
Israel’s crimes or an incident like the Holocaust or is this freedom of speech only good for insulting the holy values of divine religions?” the paper asked.

Davoud Kazemi, who is in charge of the contest, told Reuters that each of the 12 winners would have their cartoons published and receive two gold coins (worth about $140 each) as a prize.
In Paris, CER President Joseph Sitruk, who is also Chief Rabbi of France, said: “The Iranian regime has plummeted to new depths if it regards the deaths of six million Jews as a matter for humor or to score cheap political points.
“Sadly, we are not surprised by this action,” he said, recalling Iranian President Mahmoud Ahmadinejad’s calls last year for Israel to be “wiped off the map” and his dismissal of the Holocaust as a myth.
In a statement issued by the CER, which represents chief rabbis from over 40 European countries, Sitruk said the Iranian government menaced Jews and the whole international community.
Sitruk noted that European religious leaders had condemned the publication of images likely to offend Muslim feelings.
“This is a test for the Muslim world to react immediately to condemn their own co-religionists in Iran for such obscene behavior as we condemned those who sought to insult them,” he said.
Iranian protesters hurled petrol bombs and stones at the Danish Embassy in Tehran for a second successive day on Tuesday and Tehran announced it had cut all trade ties with Denmark.
A Danish newspaper published the cartoons in September, and newspapers in Norway and a dozen other countries reprinted them last month, citing the need to defend freedom of speech.
Arieh O’Sullivan, spokesman for the Anti-Defamation League’s Israel office, said it was committed to free speech and a free press but that did not mean a license to foster hatred.
“What bothers us this incident has been used by the Arab world basically as an excuse to stick it to the Jews,” he said.
“Iran is doing a dare to see how free the press is in Europe. This is deliberately inflammatory,” O’Sullivan said, accusing newspapers in the Arab and Muslim world of frequently running cartoons of Jews that recalled Nazi propaganda.
In Belgium, a radical Muslim group based in Antwerp began publishing cartoons on its Web site which it also said were intended to challenge European taboos and highlight inconsistency in the European approach to freedom of speech.
They included a cartoon of Nazi dictator Adolf Hitler in bed with Anne Frank, a Jewish girl whose wartime diary written in hiding in Amsterdam is a worldwide best-seller, and another that questioned whether 6 million Jews died in the Holocaust.
“If it is the time to break taboos and cross all the red lines, we certainly do not want to stay behind,” the Arab European League said on its Web site (www.arabeuropean.org).
Belgian Prime Minister Guy Verhofstadt accused the group of fuelling riots in Antwerp in November, 2002. The group’s leader, Dyab Abou Jahjah, was briefly arrested at the time. He ran unsuccessfully for parliament in 2003.
(Additional reporting by Tom Heneghan in Paris, Allyn Fisher-Ilan in Jerusalem and Paul Taylor in Brussels) 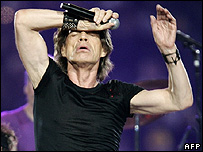