A couple years ago, my novel Douchebags, Fags, and Hags was in a competition with a bunch of other novelist’s novels. It looked like the winner was going to be me or this fruity guy who was writing a Jehovah’s Witness coming of age story called Happiness and How to Find It. (At the bottom of the interview, you’ll find the links to find it.. 🙂

It wasn’t what I’d expected as I read his work. It was raw, gritty, sexy, and not at all like something I would expect from a Jehovah’s Witness bible beater more like what I would expect from an alcoholic wearing a wife beater. That’s because the guy who wrote it had been expelled, excommunicated, and banished from his church. Why? Because he’s awesome. The Witnesses couldn’t handle that much awesome. From that competition (which both of us lost to a 15 year old with a million facebook friends and fans) was born a friendship.

You may know Anthony Mathenia from his incredibly entertaining family travel writing on Vagobond.com – Syncopated Family Travel – now is your chance to get to know him better through some no holds barred questions from me. Get ready to be shocked.

Vago Damitio:  We’ve known each other for a while through your column on Vagobond, Syncopated Family Travel  and before that on Google+ – so let’s not beat around the bush- Did you get kicked out of the Jehovah’s Witnesses or did you walk away? Can you share the story?

Anthony Mathenia: Kicked out might actually be understating it.  On the night they read the announcement that I was persona non grata in the religion, they publicly referred to me as a child of Satan and a Judas.  I probably should have walked away before it came to that, but I loved the people.  I grew up in that congregation and had many friends.

Vago Damitio: What’s it take for a guy to do that? Who did it hurt the most?

Anthony Mathenia: The “too long, didn’t read” version is: I was branded an apostate because I disagreed with some of their unique Biblical interpretations and a secret political affiliation they maintained with the UN for ten years.  I probably could have kept my mouth shut when I went through my witch trial, but standing up for the truth is important to me.

It definitely hurt afterward, when all of those people I loved wouldn’t so much as look at me when I saw them in public.  However, because I took a stand for my values, it helped to mitigate the pain.  It probably hurt my Jehovah’s Witness family more.  They think I’m damned to destruction and they can’t even speak to me.  As bad as the division is for me, I’m sure it must hurt them more.

Vago Damitio: Were you writing before that or was that something that came later?

Anthony Mathenia: I had secretly written a novel called With Fingers and Other Instruments.  There was no way I could publish it as one of a Jehovah’s Witnesses, so I never did much with it.

When I was kicked out I was blogging extensively on the Bible.  Unbeknownst to me my local congregation elders were printing my posts out and keeping a file.  They were waiting for me to cross the line and say something they could start a judicial proceeding against me for.  It was very 1984.

A positive thing that came from separating from the religion was that it liberated me to write without fear of judgment.

Vago Damitio: I know something about repressive religion but I can’t imagine being a creative kid in the JW’s – tell me about your misadventures as a kid at the meetings?

Anthony Mathenia: I’m going to reach far back for this one.  When I was probably around

eight years old I made a dictionary with definitions of “dirty” words: ass, breast, bastard, things like that.  I took it to the Kingdom Hall with me and showed my friend. He threatened to tell on me, so I tore it up and threw it away in the men’s restroom.  The next meeting the elders called me into the back room. One of the elder’s had retrieved all the bits of paper and taped it up.

Vago Damitio: Okay…enough about that…Do you have a day job or is writing your full time gig?

Anthony Mathenia: I’m hopeful to transition into full time writing during the next couple of years, even if it means moving to a third world country.  I found your book Finding Your Passion Income very inspiring in that regard.

Vago Damitio: How do you make sure you have the time to write, edit, promote, and do everything an author has to do today?

Anthony Mathenia: It is a real challenge, especially since the publication of Paradise

Earth: Day Zero last December.  Pretty much all of my free time and vacation time goes toward creative endeavors.

Anthony Mathenia: My favorite novel is The Passion by Jeanette Winterson.  It was the first book I ever read that showed me that a novel could be more than simply a good story.  It is art.  Every word sings.  I read it at least once a year.

Vago Damitio: What’s your favorite book you’ve written? Why should I read it?

Anthony Mathenia: I love my first novel With Fingers and Other Instruments.  It is part of a planned trilogy that will serve as a final statement on faith, God, and life. I plan to publish it posthumously. Hopefully I’ll die young so you can read it.

Vago Damitio: Tell the truth – what’s the hardest part of writing for you?

Anthony Mathenia: Actual writing is hell.  My writing skews very dark at times and it isn’t a very pleasant place to hang out.

Vago Damitio: What’s the best part? Is there a best part or is it just a way for masochists to repeatedly beat their heads on the wall?

Anthony Mathenia: When the muse is singing in your ear and the words are flowing out of

the ether and the writing is goddamned good – nothing beats that.

Vago Damitio: If you could fuck one celebrity, who would it be and why? Oh, and by the way – it would be in the Big Brother House. The whole world would see.

Vago Damitio: Who are your idol writers? Why are they your idols?

Anthony Mathenia: I don’t get the basement dwellers hunched over a typewriter.  I like the writers who lived hard. Hunter S. Thompson. Bukowski. Hemingway.  Guys like that.

Vago Damitio: When would you live, if you could live in any period in history?

Anthony Mathenia: The late nineteen-fifties, early nineteen-sixties. Smoking. Drinking. Not giving a fuck. That was an amazing time period for white American males, if not anyone else.

Vago Damitio: As writers, I love that we get to play god – Who would you write out of the story of human history if you really were God?

Anthony Mathenia: Honestly, I don’t think I would do that anyone. I’m kind of a pacifist
and believe that even assholes deserve life.

Vago Damitio: Do you believe in God? Tell me about her/him/shim/it/shit?

Anthony Mathenia: I’m a hopeless believer in God, or at least a power out there at work bigger then us.   I’m a spiritual explorer, out here discovering and learning continually.   I’ve learned a lot, but nothing I’m ready to commit to just yet. Ask me again sometime.

Vago Damitio: What role does God play in your work?

Anthony Mathenia: Writing is a very spiritual activity for me.  It is hard to explain, but I tap into something. Something bigger than me is definitely talking.  It blows my mind sometimes.  (I think I probably just confirmed the JW fears that I’m demon possessed.)

Vago Damitio: Do you write about real people? What if it might hurt them? How do you navigate relationships and writing?

Anthony Mathenia: I write about real people, just not any that I know in person.  But in general, writing is not very good for relationships.  The muse is a jealous bitch.

Vago Damitio: One last question – Which number is the best number? Think carefully and explain your answer…..

Anthony Mathenia:Eight.  It maps out our life through the ages, including the times when we cross paths with ourselves.

Finally, here’s a bit about Anthony’s books…I recommend you check out his site at AnthonyMathenia.com. I also recommend you read his (almost) weekly column Syncopated Family Travel on Vagobond.com

Happiness: How to Find It by Anthony Mathenia

“The hard­est choice she ever had to make was between true religion and true love.”
Rose Gluck thought she had every­thing in life. Just out of high school, she spent her days working as a pioneer minister of her Jehovah’s Witness faith, going door-to-door teaching others about the Bible and the happifying future God had planned. She thought she knew what it meant to be happy, but things would change when Wyatt True, a recent graduate of the Ministerial Training School came to help her small country congregation.
Rose finds herself drawn to the dashing young brother and experiencing feelings that she never knew existed. Meanwhile, despite his vow of singleness, Wyatt can’t but help to fall for the beautiful young sister. The two seemed headed toward happy ever after, but the Presiding Overseer of the congregation has his own plans for Rose. Rose must now risk losing everything and everyone to be with the man of her dreams. Love is never easy, but it can be particularly challenging when you are a part of high control religion. Will Rose find eternal happiness?
Read a new chapter for free every Thursday. http://curiosityquills.com/published-authors/anthony-mathenia/happiness/
—

When the ground quakes and blazing balls of fire fall from the sky, a religious sect interprets it as the fulfillment of long-held prophecies foretelling the end of the world. The members flee to their religious sanctuary, believing that this global cataclysm is the portent of a new paradise of eternal happiness.
Inside, one cold and starving man struggles to hold onto his hope for the future. He’s sacrificed everything for his faith in the prophecy, including his family. As the tortuous night drags on he grapples with a lifetime of beliefs and expectations.
If he survives to see the paradise earth, will it be worth it?
Paradise Earth is a deconstruction of faith at the end of the world and beyond. The novel is available for purchase in print and ebook formats from Amazon, and other online book sellers. http://www.amazon.com/dp/1620071436 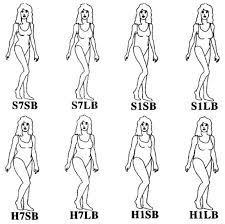