As much as I would love to see this come to fruition, I can’t help but feel that it would be too late – the damage is done.
William Goodman is the author of Articles of Impeachment Against George W. Bush. He recently appeared in Republican territory… on Joe Scarborough’s television show. It actually sounds like an intelligent and civil debate ensued.

The groundswell for President Bush’s impeachment is growing, and last week the establishment media finally took notice.
The Wall Street Journal ran a story analyzing how a planned impeachment of President Bush will play out as an “election issue,” including a helpful pie chart showing 51 percent of Americans support Congress in considering Bush’s impeachment if he “didn’t tell the truth about the reasons for the Iraq war.”
The Washington Post published a commentary acknowledging that support for impeachment is now “reaching beyond the usual suspects,” and the Associated Press covered the spike in pro-impeachment resolutions from local officials across the country. Resolutions recently passed in Vermont and California, and this weekend Democratic Party officials in Michigan voted to urge local officials to pass another. Meanwhile, 14 Democratic candidates for Congress have announced their support for impeachment.
These local efforts are beginning to advance impeachment at the national level. The resolution by Rep. John Conyers, D-Mich., to investigate impeachment is slowly but steadily gaining co-sponsors, including three this month. It now has 29 co-sponsors – roughly one out of every seven Democrats in the U.S. House – a promising start that ensures that the legislation attracts more votes when it reaches the floor. 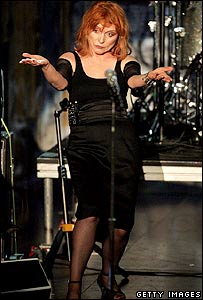