I’m a fan of R. Buckminster Fuller and his work. One of the greatest things I’ve ever read was his admission in Nine Chains to the Moon (which is how many continuous chains of people we could make to the moon by standing arm in arm circa 1971 or so) that he was a failure at everything he ever tried until he decided to do something that didn’t just benefit him or his loved ones, but all of humanity. So, when I see an R. Buckminster Fuller book, I usually buy it and read it – even if, like Operating Manual for Spaceship Earth , I had read it in the past.

This time, however, it just didn’t click with me. I just wasn’t feeling Bucky Fuller. In fact, his style of writing actually grated against my brain – phrases like ‘comprehensively commanded automation’ annoyed me with their pseudo-intellectual vibe and bothersome alliteration – and – and this is probably a big part of it – his annoying optimistic predictions which were completely and totally wrong. He forgot to foresee the greed and stupidity of the baby boomers as they glorified ‘Lifestyles of the Rich and Famous’ became completely obsessed with looking at themselves in the disco-ball mirrors, and turned the United States into a country ruled by Falcon Crest, Dynasty, and Dallas. All those well meaning intellectual hippies either got consumed by the culture of greed or were shoved into back corners where they tell themselves that the best thing to do is to let it run its course.

Still, there were tidbits that I found inspiring such as where he describes the true miracle of economic growth that took place after World War II – it wasn’t because of the industrialization of the machines of war or the driving force of industry – it was because after the war there were a bunch of shell shocked young men who were the healthiest and best informed our nation had ever produced and none of them could get a job in the industrialized post war society, so the government, rather than letting them run amok created the G.I. Bill and sent them all to colleges, trade schools, and universities. This emergency measure to prevent chaos created many billions of dollars of new wealth through ‘increased know-how and intelligence thus released’. It was this reckless spending of wealth that produced the greatest prosperity humanity had ever known.

Fuller also talks about how charity is a holdover from the pirate days when it was thought there could never be enough to go around and then he points out that we know better now, there is enough for everyone, but it is being hoarded by those who don’t need it and kept from those who do. Charity, he warns, is necessitated by a working assumption that we cannot afford to take care of all the helpless ones.

Yes, there is so much common sense and goodness in the writing of Bucky Fuller, but something happened to the boomers in the late 1970s and 1980s that has taken humanity on a bad turn. Instead of turning their backs on the competitive society (which is poison for all, but not at the same time) and embracing the cooperative society that the 1960s seemed to be pointing us towards, they did the opposite. I’ve given some thought to this – a lot of thought actually – and it might come down to this.

The boomers were the first generation to regularly see pictures of themselves. Not moving pictures which showed their fat rolls or double chins or acne, because video reveals our worst, but nice, posed snapshots and portraits. Like Narcissus, they fell in love with their own reflection and mistook the blue of the sky behind them for a halo of their own making. My generation (Gen X) was forced to see awkward videos of our first dance, first day at school, getting our heads shoved into the ground during middle school wrestling, and more. Editing VHS was never easy. The grainy VHS tape video didn’t do anyone any favors – it’s hard to fall in love with yourself when you are on VHS – so there is a realism, a cynicism that is inherent in us – we were born during the years when our parents had ideals and then we got to see them prostitute themselves to money, go through the ugliest selfish mid-life crisis’ in history, and now get to watch them pretend to have a shred of dignity left and if we want to have any sort of relationship with them, not remind them of what assholes they have always been. The millennials, on the other hand, have been filmed from the time they were in the womb and every bit of it has been edited to perfection – they are oblivious to the cameras that are trained on them every moment of the day. The cynicism of their parents (Gen X) seems to have created a sort of optimism in them that we lacked. The fear, of course, is that they are simply Re-Boomers. I don’t think so, I think they are better than the boomers, less innately insecure, but that’s my two cents worth on this.

Back to the book, I can’t really recommend it. It might have turned me off of Fuller for a good while. 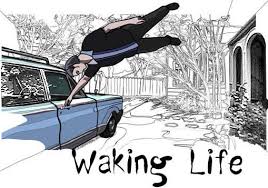