NEW YORK (Reuters Health) – Although both marijuana and tobacco smoke are packed with cancer-causing chemicals, other qualities of marijuana seem to keep it from promoting lung cancer, according to a new report.
The difference rests in the often opposing actions of the nicotine in tobacco and the active ingredient, THC, in marijuana, says Dr. Robert Melamede of the University of Colorado in Colorado Springs.
He reviewed the scientific evidence supporting this contention in a recent issue of Harm Reduction Journal.
Whereas nicotine has several effects that promote lung and other types of cancer, THC acts in ways that counter the cancer-causing chemicals in marijuana smoke, Melamede explained in an interview with Reuters Health.
“THC turns down the carcinogenic potential,” he said.

For example, lab research indicates that nicotine activates a body enzyme that converts certain chemicals in both tobacco and marijuana smoke into cancer-promoting form. In contrast, studies in mice suggest that THC blocks this enzyme activity.
Another key difference, Melamede said, is in the immune system effects of tobacco and marijuana. Smoke sends irritants into the respiratory system that trigger an immune-regulated inflammatory response, which involves the generation of potentially cell-damaging substances called free radicals. These particles are believed to contribute to a range of diseases, including cancer.
But cannabinoids — both those found in marijuana and the versions found naturally in the body — have been shown to dial down this inflammatory response, Melamede explained.
Another difference between tobacco and marijuana smoking, he said, has to do with cells that line the respiratory tract. While these cells have receptors that act as docks for nicotine, similar receptors for THC and other cannabinoids have not been found.
Nicotine, Melamede said, appears to keep these cells from committing “suicide” when they are genetically damaged, by smoking, for instance. When such cells do not kill themselves off, they are free to progress into tumors.
THC, however, does not appear to act this way in the respiratory tract — though, in the brain, where there are cannabinoid receptors, it may have the beneficial effect of protecting cells from death when they are damaged from an injury or stroke, according to Melamede.
All of this, he said, fits in with population studies that have failed to link marijuana smoking with a higher risk of lung cancer — though there is evidence that pot users have more respiratory problems, such as chronic cough and frequent respiratory infections.
If marijuana does not promote lung cancer, that could factor into the ongoing debate over so-called medical marijuana. Melamede said he believes “marijuana has loads of medicinal value,” for everything from multiple sclerosis, to the chronic pain of arthritis, to nausea caused by cancer treatment.
U.S. government officials, however, maintain that the evidence for medical marijuana is not there. Ten states allow people to use marijuana with a doctor’s prescription, but the Supreme Court has ruled that federal law trumps state law.
SOURCE: Harm Reduction Journal, October 18, 2005.
Pot not a major cancer risk: report – Yahoo! News 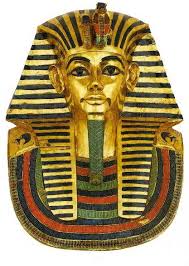