(Imagine how embarrassed you would be if that guy was your hairdresser and you had been telling everyone that you got your hair done by an oompa loompa and then they saw it wasn’t true?….cd)

Actor admits Chocolate Factory fraud after losing stomach for lie
LAURA ROBERTS
A 4FT-TALL former actor who courted celebrity over his role as an Oompa Loompa in the 1971 film Willy Wonka and the Chocolate Factory has been exposed as a fraud.
Ezzy Dame, 57, who is now a hairdresser, was discovered when his reminiscences about the film in a newspaper were read by a genuine Oompa Loompa actor.
Rusty Goffe, 56, a British actor, informed the paper there were only ten Oompa Loompas in the Mel Stuart film and Mr Dame was not one of them.
Mr Dame confessed in an interview on Tuesday with the Reno Gazette Journal.
“It’s time to stop,” he said. He had convinced his local community about his claimed past and had even taken to hosting screenings of the film in his hometown of Reno, Nevada.
As a small-town celebrity he would take part in question-and-answer sessions about how the film was made.
He was re-interviewed after the recent opening of Tim Burton’s remake of the Roald Dahl tale, Charlie and the Chocolate Factory, starring Johnny Depp.
He gave his opinion on the two versions from “an Oompa Loompa’s perspective”.
Mr Dame claimed to have played Peter Stuart – the lead Oompa Loompa – alongside Gene Wilder, as Wonka.
He elaborated that he drove the boat down Wonka’s chocolate river and pushed Violet Beauregarde down the slide after she chewed magic gum.
He also said it took ten hours to spray on the make-up.
Mr Dame said that his agent advised him to add the fake part to his CV in the early 1970s to help him gain acting roles.
He insisted: “It was not for fame or glory. I never made a profit or earned a financial gain from this.
“Twenty-seven years ago I put it on my resumé and didn’t really think anything about it – it’s been dormant for years – then I was invited to entertain the crowd when they showed the new film in town.
“I put on the whole [Oompa Loompa] outfit and went out and entertained 2,500 people. I feel sick to my stomach for telling a lie, but on the other hand, to see the kids’ faces, that’s where my heart was.
“I never intended to harm anyone by this little white lie. It has become my haunted nightmare.”
Mr Goffe, from Linslade, Bedfordshire, said: “There were only ten original Oompa Loompas.
“Six English guys, one English girl, one Turkish, one Maltese and one German. I guess Ezzy is a nice guy, but we have to be loyal and truthful to the fans.”
Mr Goffe was 21 when he appeared in Willy Wonka and the Chocolate Factory.
He said: “I have wonderful memories of making the film in 1970. Gene Wilder was lovely; a very, very funny man.
“The director was a great guy but couldn’t convey what he wanted to the actors. There was a lot of screaming going on.
“He got very frustrated telling us what to do in English and then explaining to the Maltese, German and Turkish actors what he wanted as well.”
Mr Goffe added: “I am looking forward to seeing the new film, but it’s a shame only one actor was used for the Oompa Loompas.”
In the new Charlie and the Chocolate Factory, actor Deep Roy’s face is used digitally on every Oompa Loompa. 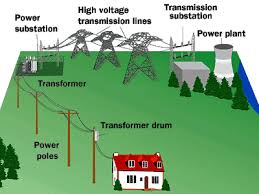