(Just a thought as we deal with Ophelia and Katrina, Jove and Kenneth are bearing down on the Hawaiian Islands…for those of you who don’t know, Hurricane Iniki smashed the island of Kauai on Sept 11, 1992. They say we are overdue here in Hawaii for hurricane, earthquake, and tsunami. Not to mention the fact that a terrorist attack on a Waikiki highrise would destroy the entire states economy…want to talk about third world conditions? Normal people already can’t afford to live here, give us a disaster, man made or natural and watch how quickly we descend the ladder of civilization…have a great day….cd) 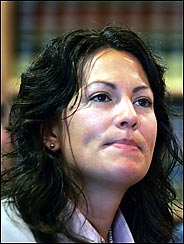