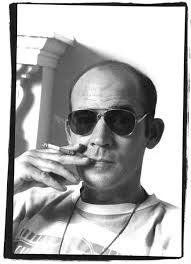 DENVER, Colorado (AFP) – The ashes of the US writer Hunter S. Thompson are to be fired from a tower the height of the Statue of Liberty in a ceremony at his Colorado home on Saturday befitting his eccentric and controversial life.
The actor Johnny Depp will fire the cannon to spread the ashes of the author of “Fear and Loathing in Las Vegas”, who shot himself dead on February 20 at his home near Aspen, Colorado.
Thompson was 67 and had been in failing health.
Depp, who appeared in the film version of “Fear and Loathing” paid for the construction of the wooden cannon for the ceremony that Thompson had always said he wanted. He played Thompson in the movie and became a close friend of the writer.
Thompson said in a 1978 BBC documentary that he wanted the cannon send off, prompting family and friends to start planning the event soon after he died. Saturday will be the six-month anniversary of his death.
“I think he had a brilliant imagination and this (funeral) was something of a fantasy,” Troy Hooper, associate editor of the Aspen Daily News, said.
About 300-350 friends and relatives are expected to attend the private ceremony on the grounds of Thompson’s home in Woody Creek, just outside of Aspen, the posh Colorado mountain resort.
Thompson’s ashes will be scattered from the cannon on a tower topped by a double-thumbed red fist — the symbol of Thompson’s “gonzo journalism” — just as the moon rises over the area, Thompson family spokesman Matt Moseley said.
The Kentucky-born Thompson created “gonzo” journalism — a form of story telling where the author is part of the story in the 1970s. But besides his creativity, he was also known for hard living.
“He’d be drinking all the time. In the morning he’d pour a glass of scotch, smoke a cigarette, eat devilled-eggs and go from there,” Hooper said.
One of Thompson’s famous lines covered all the vices. “I hate to advocate drugs, alcohol, violence or insanity to anyone, but they’re always worked for me.”
Fans of the writer hoping to get a glimpse of the ceremony will be disappointed, according to the Pitkin County sheriff’s office. Private security will keep spectators away and no one will be able to see the event from the road, a spokeswoman said.
And they probably will not even be able to hear Jim Ibottson of the “Nitty Gritty Dirt Band” who will play one of the group’s most famous recordings “Will the Circle Be Unbroken?” just before the tower goes off.
After the solemn ceremony, friends and family will proceed to the bar to trade reminisces of the American icon until the wee hours of the morning, just like Thompson would have wanted.
In fact the 5:00 am close off might come up a little short of what the writer would have arranged. “Kind of early, isn’t it?” Hooper asked in true Thompson style. 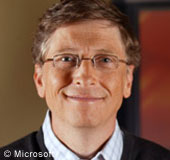