BEIJING (Reuters) – Chinese tradition holds 2006 will be a year of bad luck for people born under the sign of the dog, but misfortune has come early for some looking for jobs, state media said on Wednesday.
Chinese companies looking for new recruits had deliberately passed over candidates born as dogs in China’s ancient 12-animal astrological cycle to ward off the bad luck expected for people in years of their same sign, the China Youth Daily said.
The rooster will make way for the dog at Chinese Lunar New Year in late January.
The dog denials were just one example of widespread employment discrimination in China, a Chinese legislator told parliament during discussions about a new labor law on Tuesday, the newspaper said.
“Workplace discrimination has even reached this ridiculous level,” Wan Xuewen was quoted as saying.
Wan said the new labor law should include clauses to prohibit discrimination on the basis of gender, ethnicity and religion, the newspaper reported.
Many Chinese companies showed illegal hiring biases, even according to such factors as height and blood type, it said.
A rule that women applying for government jobs in central Hunan province had to show they had symmetrically shaped breasts sparked a public uproar last year and calls for stronger legal protection against job discrimination.
Hunan scrapped its requirement, but China still does not have clear-cut laws ruling out such hiring prejudices. 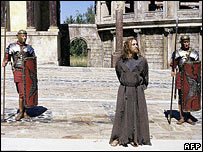