There is a lot of talk about Bird Flu lately. I thought the story below had some good information. Also, NPR has a great link here
Maybe an epidemiologist or other expert can clarify if there are any flaws in this.
cd
How a Pandemic Takes Wing
Springtime usually brings joy to Alaska after a long winter. This year, however, it is also likely to bring the avian flu virus, carried by infected wild birds migrating from Asia. If so, the virus could spread to birds in the lower 48 states in a matter of months.
At that point, the population that most worries the world’s infectious disease trackers is not so much the nation’s human population — the virus has yet to evolve into a form that easily infects humans. It is not even domestic poultry, since most U.S. commercial bird flocks are sealed away in covered buildings, never coming in contact with wild birds.
What keeps some scientists up at night is the 75 million household cats, plus the 40 to 60 million feral cats roaming the countryside, some of which are sure to eat infected birds. “If it gets into cats in this country it will spread like crazy,” warns Larry Glickman, a professor of epidemiology at Purdue University School of Veterinarian Medicine. “Many of these cats sleep in bed with their owners. The potential that they could spread it to humans is very large.”
CASH SHORTAGE. The federal government is well aware of the potential dangers of an avian flu outbreak in humans. So it is dramatically stepping up efforts to monitor migratory birds, particularly in Alaska.
Health & Human Services Secretary Michael Leavitt says the H5N1 virus that causes avian flu could reach the U.S. by summer or fall — a reasonable assumption, given that it has spread to at least five new countries in March alone. In addition, the Centers for Disease Control & Prevention (CDC) just reported that a new variant of the virus has evolved with genetic characteristics that increase the risk of infection in humans.
At this point, surveillance efforts in the U.S. and overseas are focused on birds and the people who come in contact with them. There is no official effort to monitor household pets for infection. And while Purdue’s vet school has, in fact, developed such a system under a grant from the CDC, no one has stepped forward to finance its implementation.
BIRDS, PIGS, PEOPLE. Meanwhile, epidemiologists have confirmed that the virus has killed three cats, a dog, and a weasel in Europe in recent weeks. “This is what we’re most worried about,” says Walter Boyce, director of the Wildlife Health Center at University of California-Davis’s School of Veterinary Medicine. “Every time this virus jumps into a new species, it has a chance to undergo more evolution.”
In the virus world, evolution can lead to a scary narrative. As long as H5N1 is passed primarily among birds, a human pandemic is not in the cards. The virus has so far been found in 178 people, 101 of whom died. All got it from handling live or recently killed poultry.
As the virus finds new hosts, however, the opportunity arises for it to swap tiny bits of its DNA with a virus that can be exchanged among humans. Recent studies have suggested, for example, that the Spanish flu pandemic of 1918 was the result of an avian virus that mingled with bits of a virus found in pigs. The end result was a microbe that was both deadly and highly transmissible.
MONITORING SAMPLES. Nobody knows whether or not the current strain of H5N1 will eventually cause a human pandemic. Boyce says we should be thinking of how to handle the intermediate stage: “What do we need to do when the virus is found in geese or even cats, but not in humans? How do we keep people from panicking?”
To keep tabs on the cat population, Glickman and other researchers at Purdue have designed a computerized surveillance system that analyzes veterinarian records for unusual clusters of symptoms that might indicate an infectious outbreak.
The data flows in from more than 500 animal hospitals spread throughout the U.S. They are operated by Portland (Ore.)-based Banfield the Pet Hospital, which, unlike most hospitals for human patients, keeps sophisticated, systemwide electronic records. The data can be extracted on a daily, or even hourly, basis. “By routinely testing blood samples from cats and pet birds that come to the Banfield hospitals, we can monitor the emergence and movement of the avian flu virus,” says Glickman.
RATIONAL FEARS? Other researchers share concerns about animal populations. Tracey McNamara, a veterinary pathologist at New York’s Bronx Zoo, worries about the feces of infected wild birds, a common reservoir for the virus. Geese produce a pound of feces a day and some studies have found that viruses can survive there for up to a week. William Karesh, director of the field vet program for the Wildlife Conservation Society, says birds smuggled in from nations where the virus is well-established form the most likely path of transmission to North America. He calls for stepped up monitoring of the ports.
There is, of course, an optimistic cohort of researchers who believe the virus will never mutate to become an infectious human disease. Or perhaps, if it does, it will turn out to be more benign than everyone expects. The Hong Kong flu pandemic of 1964, for example, killed about 34,000 people in the U.S. That’s actually fewer than die during a normal flu season. But since the course of this disease cannot be predicted, our best defensive action is to monitor the animals that are the first to succumb. 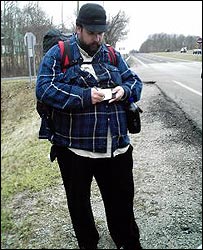