This proves it. The Japanese are the most honest people on the planet. Think about it…if an American worked as a trashman and found a bag full of cash…would he go to great effort to return it? No, he would go to Vegas.Â Personally, I think that would be the right thing to do.
cd

Â
Â
TOKYO (Reuters) – A Japanese man wept for joy this week when he recovered 5 million yen ($42,210) in cash his wife had mistakenly thrown out with the household rubbish.

The 35-year-old man had withdrawn the money from a bank account but, fearing it would be stolen, he hid it inside a refuse bag which he placed in a rubbish bin, Japanese media said.

His wife unknowingly threw out the bag, which was found last month at a refuse collection point outside an apartment building in Saitama, north of Tokyo.
Local police returned the money after the man was able to give details of the exact amount and where he had withdrawn it.
Many Japanese keep large quantities of money hidden in their homes and cash is often used for business transactions. 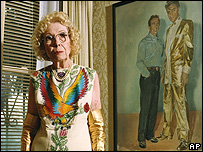