CNN.com – Despite feud, ‘Simple Life’ to return – Jul 29, 2005
Fox announced Thursday that the network has picked up the options on the contracts for both of the feuding friends for the fourth season of the reality show. Aside from the public rift between Hilton and Richie, Fox sees other fodder for on-screen sparks.
“Given the fact that both Paris and Nicole are engaged and about to be married … there’s got to be something in that world,” said Fox Entertainment President Peter Liguori according to AP Radio.
In April, Hilton issued a terse statement saying it was “no big secret that Nicole and I are no longer friends. Nicole knows what she did, and that’s all I’m ever going to say about it.”
The hotel heiress gave no reason for the split. She also lobbied for Richie to be replaced by another friend of hers, Rod Stewart’s 25-year-old daughter, Kimberly.
Liguori said he isn’t sure what direction they’ll be taking the show. In May, Hilton told The AP that the show may be headed to Hawaii because the network wanted to “sex it up.”
Richie, the 23-year-old daughter of singer Lionel Richie, became engaged to club DJ Adam Goldstein in February. Hilton, 24, followed suit in late May with Greek shipping heir Paris Latsi.
An air date for “The Simple Life 4” has not yet been set. 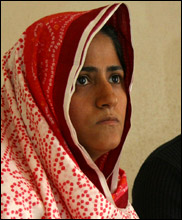