SEOUL (Reuters) – Singing soldiers and flower shows marked the birthday of the man dubbed
North Korea’s “invincible brilliant commander” by state media, as regional powers wondered whether he would abide by a nuclear deal.
The communist world’s first dynastic leader, Kim Jong-il, 65, is the unchallenged head of the reclusive state whose economy has fallen deeper into poverty during his years in power.

North Korea reached a deal earlier this week to shut down its sole nuclear reactor in exchange for energy aid as well as other economic and diplomatic incentives if Kim decides to scrap his country’s nuclear arms program.
“I find it difficult to believe that this is a strategic decision to dismantle its nukes. I see this as a tactical way of getting the heat off, getting concessions and keeping the Chinese happy,” said Michael Breen, Seoul-based consultant and author of “Kim Jong-il: North Korea’s Dear Leader.”
With nuclear weapons, impoverished North Korea gets a seat at the table with global powers including the United States — the nation it argues is trying to topple it and causes it to sacrifice so much to maintain its 1.2-million man military.
Without nuclear arms, North Korea is just a poor country with failed economic policies, analysts said.
Kim’s main priority is to stay in power and his media has credited him with forcing the United States to make concessions through the nuclear agreement.
He is seen as a deity at home, where thousands danced in the streets of Pyongyang on Friday to mark his 65th birthday and the military hosted a gala, performing song and dance numbers for tunes such as “My Happiness is in the Bosom of the Respected General.”
CULT PERSONALITY
Outside of North Korea Kim is seen as man with a bouffant hair-do, drab jumpsuit and platform shoes who has done little to help his starving people and let the country’s industry stagnate.
Like his father, he has constructed a cult of personality around him.
Long groomed by his father, state founder Kim Il-sung, he gradually tightened his hold on power after the elder Kim died of a heart attack in 1994 in the midst of an earlier crisis over North Korea’s nuclear program.
The younger Kim declined to assume the title of president, instead designating his father “eternal president” and opting to rule as chairman of the National Defense Commission and head of the ruling party.
North Korea’s official media has said flowers come into bloom when he appears and rainbows fill the sky on his birthday.
He is, it is said, a man who pilots jet fighters — even though he travels by land for his infrequent trips abroad.
He has also penned operas, produced movies and accomplished a feat unmatched in the annals of professional golf, shooting 11 holes-in-one during the first round he ever played.
“Your birth as a bright star over Mount Paektu was the greatest event as it promised the happiness and prosperity of the Korean nation,” official media said. 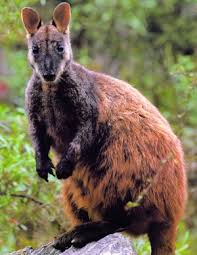