I’m letting you guys know about this so that you can tell the world about your horror stories but honestly the only way that I can lose is if they don’t let me tell stories that involve illegal prescription drugs….
cd

www.workingamerica.org is the website run by the AFL-CIO that is sponsoring the contest.

Standing by to weigh in with on-line comments about the worst-boss stories are author Barbara Ehrenreich, who chronicled the plight of the working poor in “Nickel and Dimed,” comedian tuned liberal talk show host Al Franken and liberal commentator Jim Hightower.

Voting for the best worst-boss stories will be done by Web readers over the next six weeks. Each week’s top vote-getter will be eligible to compete for the grand prize, a seven-night vacation getaway and $1000 for a round trip air fare, to be announced by August 16

Leading vote-getters as of Monday were:

— “Russ,” whose table-thumping boss at a small Maryland company nixed bonuses, cut overtime and ordered managers to “instill fear” in workers to boost productivity, all because a competing company’s owner had a more expensive car, and

— “Graphics Girl,” who left her Pennsylvania media company, and was publicly berated for doing so, after 10 years, including the last five where she worked 50 to 80 hours a week without overtime pay and often without seeing her children. “I missed birthdays and health and years of seasons changing since my office was in a basement with no windows, all for nothing,” she wrote. 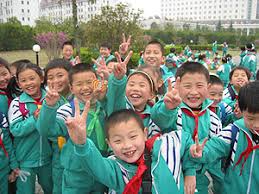