(I heard about this on NPR the other day, for some reason I couldn’t find it there though… Wish I had $12,000 to go to this school…cd) (** Here is a more recent link to the actual deep flight site…link

gizmag Article: Deep Flight submarine
Deep Flight is a radical new design approach to underwater vehicles that uses wings instead of a traditional ballast system to “fly” through the ocean depths.
Hawkes Ocean Technologies design and engineering team are developing the craft with the eventual aim of reaching a depth of 37,000 ft and undertaking an “Ocean Everest” expedition into Mariana’s Trench, which contains the deepest places known on Earth.
This new mode of exploration is also available to the public through adventure tours and a new Sub-Sea Flight School.
The Deep Flight I prototype uses short inverted wings to provide “negative” lift and pull the sub down. When cruising this downward force negates the buoyancy of the sub and thrusters are used to drive it up or down. This is the same principle that applies in aircraft as opposed to traditional systems which -like a hot air balloon -rely on variable weight and or displacement, like ballast and buoyancy tanks or drop weights.
The micro-submersible acts like a pressure suit fitted to a human body and creates a unique environment for the pilot, who lies horizontal along the length of the craft. Unlike other submersibles, it needs no mother ship from which to operate, greatly reducing costs and removing barriers to wider access to deep-sea exploration.
Engineer and pilot Graham Hawkes has taken Deep Flight I to approximately 150 ft as part of television projects, but its full capabilities allow for a 1-4 hour flight and 18 hours life support to depths greater than 3000 ft. The small size (3.9m long x 2.4m wide and 0.9 m high) and manoeuvrability of the vessel enable a roll-range of 360 degrees, plus a fast descent (480 feet/minute) so that maximum time can be spent at the bottom.
Deep Flight II is a more versatile that has a modular design catering for three configurations – a single or two person fast survey craft, a two person work and hovering station or with one person or two person in prone position as per Deep Flight I.
Designed for deep-ocean and underwater filmmaking, the subs are fitted with up to four high-definition television cameras and can handle 70 mm large format (IMAX) equipment. The standard lighting configuration includes 4 wing-mounted and 2 pod-mounted high intensity (forward and downward) lights.
The latest submersible – the Deep Flight Aviator – is a purpose built two-seat underwater flight trainer in which the public can undergo the first underwater pilots’ license testing at the Hawkes Ocean Technologies Sub-Sea Flight School.
The first course began in March 2003 and enquires can be made about the second flight school (scheduled for mid- 2003) via the www.deepflight.com site where there’s also more information on exploration projects undertaken by Hawkes Ocean Technologies.
Only a handful of submersibles around the world cater for diving below 100ft and although deep-sea submersible scan be hired – it reportedly cost US$40,000 a day to use Russian MIR submersibles in the filming of the movie Titanic – it’s well beyond the reach of most people. Through the new training school and adventure packages over 2-days culminating in a deep flight experience, Hawkes Ocean Technologies hope to broaden access to the last great unexplored realm.
The 2-day deep flight adventure costs US$$11,900. See www.incredible-adventures.com. 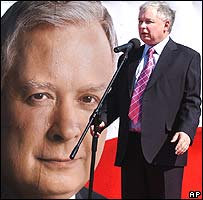