God this makes me want to have a drink.
The Milkyway GalaxyAccording to the Australian online newssite ABC astonomers have spotted a cloud of alcohol in space that measures 463 billion kilometres across, a finding that could shed light on how giant stars are formed from primordial gas. The researchers led by Dr Lisa Harvey-Smith spotted the cloud from the UK’s Jodrell Bank Observatory.
The vast bridge-shaped cloud of methanol has been spotted in a region of the Milky Way called W3(OH), where stars form by the gravitational collapse of concentrations of gas and dust.
This is not the first time scientists have spotted methanol clouds in space, that was done in 2004, but the new discovery can shed even more light on how stars are formed and thus is an impotant discovery adding to a better understanding of our Universe.
The discovery opened up a new area of debate in astrophysics, challenging the conventional view that interstellar chemistry could not provide the conditions for creating complex molecules.
Until then researchers thought the molecules would be ripped apart by ultraviolet radiation from stars and other tough conditions.
The scientists will present their finding on Tuesday 4. April at a meeting of the UK’s Royal Astronomical Society in Leicester. 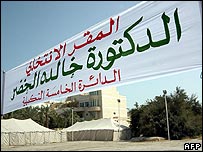