HILO, Hawai’i — A derelict, battered 33-foot sailboat abandoned in rough weather off Costa Rica last year apparently drifted for six months and more than 4,500 miles before it was sighted a few miles off the southwestern coast of the Big Island.
A Big Island Fire Department rescue crew was lowered to the deck of the crewless Nautica yacht Chaton De Foi after fishermen on Monday afternoon reported the vessel drifting about three miles off Miloli’i village.
Coast Guard Chief Petty Officer Marsha Delaney said owner William Teper “just about passed out” when authorities reached him in his car in Southern California to tell him his boat had been found drifting and was towed into port.
Teper told Coast Guard officials the boat’s engine failed near Costa Rica on Dec. 2, and the weather grew rough while he was trying to make repairs, making the sailboat difficult to control. Teper was rescued by another vessel and abandoned his yacht, Delaney said.
“We understand he is looking into salvage costs and the possibility of coming to Hawai’i and claiming the boat,” Delaney said. 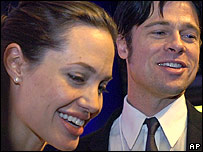