Suddenly, I like Carter better than Chavez. Wow. Okay, Carter didn’t institute a revolution of de-privatization of shared resources. I still think he’s pretty cool though. Would Carter get his ass kicked by Bob Barker? Tough call, Jimmy builds houses but Bob is a Karate master.

LITTLE ROCK, Ark. – Former President Carter says President Bush’s administration is “the worst in history” in international relations, taking aim at the White House’s policy of pre-emptive war and its Middle East diplomacy.
The criticism from Carter, which a biographer says is unprecedented for the 39th president, also took aim at Bush’s environmental policies and the administration’s “quite disturbing” faith-based initiative funding.
“I think as far as the adverse impact on the nation around the world, this administration has been the worst in history,” Carter told the Arkansas Democrat-Gazette in a story that appeared in the newspaper’s Saturday editions. “The overt reversal of America’s basic values as expressed by previous administrations, including those of George H.W. Bush and Ronald Reagan and Richard Nixon and others, has been the most disturbing to me.”
“We now have endorsed the concept of pre-emptive war where we go to war with another nation militarily, even though our own security is not directly threatened, if we want to change the regime there or if we fear that some time in the future our security might be endangered,” he said. “But that’s been a radical departure from all previous administration policies.”
Carter, who won a Nobel Peace Prize in 2002, criticized Bush for having “zero peace talks” in
Israel. Carter also said the administration “abandoned or directly refuted” every negotiated nuclear arms agreement, as well as environmental efforts by other presidents.
Carter also offered a harsh assessment for the White House’s Office of Faith-Based and Community Initiatives, which helped religious charities receive $2.15 billion in federal grants in fiscal year 2005 alone.
“The policy from the White House has been to allocate funds to religious institutions, even those that channel those funds exclusively to their own particular group of believers in a particular religion,” Carter said. “As a traditional Baptist, I’ve always believed in separation of church and state and honored that premise when I was president, and so have all other presidents, I might say, except this one.”
Douglas Brinkley, a Tulane University presidential historian and Carter biographer, described Carter’s comments as unprecedented.
“This is the most forceful denunciation President Carter has ever made about an American president,” Brinkley said. “When you call somebody the worst president, that’s volatile. Those are fighting words.”
Carter also lashed out Saturday at British prime minister
Tony Blair. Asked how he would judge Blair’s support of Bush, the former president said: “Abominable. Loyal. Blind. Apparently subservient.”
“And I think the almost undeviating support by Great Britain for the ill-advised policies of President Bush in Iraq have been a major tragedy for the world,” Carter told British Broadcasting Corp. radio. 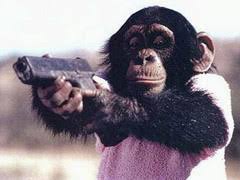