BEIJING (Reuters) – More than half a million Chinese have fled their homes in the path of a super typhoon, the strongest to threaten the country in 50 years, as it churned relentlessly toward the southeast coast on Thursday.
one of three storms to have hit East Asia in the past few days, has already dumped heavy rain on Taiwan and was just hours from an expected landfall between Hong Kong and Shanghai, just south of the booming city of Wenzhou.Chinese state media said it was the most powerful storm system to threaten the country since August 1956, when a typhoon hit Zhejiang triggering a tsunami that killed thousands.
“Some meteorologists said that the typhoon might grow stronger,” the Xinhua news agency said, adding that it could be fueled by remnants of the weakening and west-headed tropical storm Bopha.
“Saomai is packing winds of 216 kph (134 mph) and has outpaced forecasts,” Xinhua quoted Li Yuzhu, head of the Zhejiang provincial observatory, as saying.
The center of Saomai was 140 km (87 miles) southeast of Wenzhou at 0500 GMT, moving northwest at 25 km (16 miles) per hour.
Half million Chinese flee as super typhoon nears 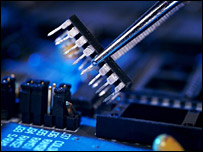