We were surprised to see a real local story (for us) featured in the NYT today. I sometimes work in Waianae, and many of my clients there live in the beach parks. In some ways it might seem idyllic – these are some of the most gorgeous beaches in the world – but rampant methamphetimine use and violence make the reality far from paradise. Many of the beach park residents have jobs, but still can’t afford a place to live. The median price of a house on Oahu is now $610k.

HONOLULU, Dec. 4 — When the home she had rented for 30 years for $300 a month was sold, Alice Greenwood and her 6-year-old son joined an estimated 1,000 people living in tents along the 13 miles of beaches on the Waianae Coast of Oahu.
“There was no choice but to come on the beach,” said Ms. Greenwood, 60, who is disabled because of a work-related injury eight years ago and lost her benefits a month before losing her home.Homelessness in Hawaii has become so pervasive that the governor has assigned a state employee to work full time at getting people off the beaches and into transitional housing. Once there, they have access to rent assistance programs and low-income housing.
While hundreds of homeless people live on Honolulu’s beaches, including the tourist center Waikiki, it is the Waianae Coast on the semiarid west shore where the problem is most visible. The population of Waianae, home to about 40,000 of Oahu’s 900,000 people, is predominantly native Hawaiian and is historically low income.
Hawaii’s economy has been strong in the last two years, and the state consistently has one of the lowest unemployment rates in the nation. The real estate market has skyrocketed along with the job growth, and houses on the Waianae Coast that rented for $200 or $300 a month a couple of years ago are now advertised for more than $1,000.

For 1,000 or More Homeless in Hawaii, Beaches Are the Best Option – New York Times 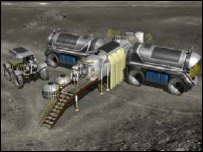