Now there are “Roses of the Prophet Muhammad…”

Iranians wishing to buy Danish pastries will now have to ask for “Roses of the Prophet Muhammad”. Bakeries across the capital, Tehran, are covering up signs advertising the pastries and replacing them with ones bearing the dessert’s new name.
The confectioners’ union ordered the name change in retaliation for the publication of caricatures of the Prophet Muhammad in a Danish newspaper.
The images have caused angry protests across the world.
The union said that their decision was prompted by the “insults by Danish newspapers against the Prophet”.
Danish pastries are very popular in Iran and not subject to a boycott affecting other Danish products as they are made locally.
Ahmad Mahmoudi, a cake shop owner in Tehran, backed the move.
“This is a punishment for those who start misusing freedom of expression to insult the sanctities of Islam,” he said.
But others were less convinced.
“I just want the sweet pastries. I have nothing to do with the name,” shopper Zohreh Masoumi said. 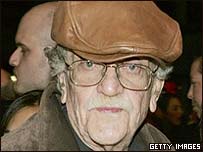