This is a super bummer. I’ve spent some of the happiest afternoons and evenings of my life sitting under the couryard tree at the Compleat Angler or playing the ring game at the bar for free drinks or dancing to steel drum music before stumbling back to my cousin’s boat……. I LOVED this place. My cousin appeared in some of the many photos of local characters that covered the walls.
RIP Julian Brown and the Compleat Angler. Long live Miss Opal and the Barefoot Bar and Bimini!!

A hotel known as a haunt of US novelist Ernest Hemingway has been destroyed in a fire in the Bahamas.
The blaze broke out on Friday morning at the Compleat Angler on the island of Bimini, 50 miles (80km) off Florida.
Owner Julian Brown was presumed dead. There were no immediate reports of other casualties in the incident.
The flames also consumed memorabilia housed in the hotel’s museum on the famous writer, who worked there on to Have and Have Not in the 1930s.
Hemingway is said to have drunk at The Compleat Angler between fishing trips around Bimini.
The site was a key tourist attraction.
“It’s a tremendous pain to bear,” Bimini Chief Councillor Natasha Bullard-Rolle said.
Lost artefacts included books autographed by Hemingway and original photographs, she said.
The cause of the fire is under investigation. 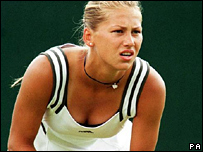