Our friend Darren had told us before we left Morocco that the one place we didn't want to miss was Fethiye so despite having quite a few other recommendations from other friends, we decided we wouldn't miss Fethiye. I'm not convinced that it was a terrible place, in fact, it seemed like a very nice place- I just think that maybe having great expectations and coming from our great time in Koycegiz sort of meant Fethiye was destined to be disappointing.

This may come as a shock, but Fethiye was a disappointment to us. Our friend Darren had told us before we left Morocco that the one place we didn’t want to miss was Fethiye so despite having quite a few other recommendations from other friends, we decided we wouldn’t miss Fethiye. I’m not convinced that it was a terrible place, in fact, it seemed like a very nice place- I just think that maybe having great expectations and coming from our great time in Koycegiz sort of meant Fethiye was destined to be disappointing.

The mini-bus from Koycegiz to Fethiye was only 10 lira each. The bus from the otogar to the town was free and in a strange fit of being prepared I booked our tickets to Goreme for two days later and our 12 Islands cruise for the next day while we were at the bus station. This is very untypical behavior for me and I don’t recommend you do the same thing as it limits your options to be booked ahead.
Looking in the LP, it looked like everything was a bit more expensive in Fethiye and so we opted to go with the cheapest hostel that was rated as decent. The Ideal Pension.

DON’T DON’T DON’T GO TO THE IDEAL PENSION. Lonely Planet is way outdated on this one. Don’t go there.

I used to manage hostels in Hawaii and I’ve stayed in hundreds and as soon as I walked in this place, I was sure that it was a sleezy dump. First impression was that it was dirty, unkempt, and that we would be likely to get our bags stolen or catch bedbugs there. Still, I went up to the desk because I wanted to at least see a room.
The guy at the desk had this intensely negative energy that was like hot grease poured on water. I later found out from other travelers that he was the owner and that there have been some major drug problems and sexual harassment at the Ideal Pension.

I asked him about a double and he told me 60 lira, shared bath, and no a/c! I looked around the dump and decided I would rather take my chances elsewhere. “You won’t find anything better for that price!” he yelled after me as I walked out. Thankfully, Hanane decided to just trust me on this one as I couldn’t really explain why we were leaving right then. I just wanted out of that place. I didn’t want to spend time explaining.

We walked less than a hundred meters and found Yildirim Pension. The owner, Omar agreed to give us a big double room with a/c, private bath, and tv for 60 lira per night. The furniture and bedding were pretty worn, the bed wasn’t very comfortable, the water didn’t get very hot, and the curtains didn’t quite stretch enough to cover the street facing window but Omar seemed a pretty nice guy and told us that he made a great free breakfast. I figured it was probably about as good as it would get in an overpriced tourist trap town.

Yildirim Pension is at 1 Kragozler Mah.Fevzi
Cakmak Cadassi Number 37
Fethiye – just around the corner from the dumpy Ideal Pension

Omar arranged for our transport to the 12 Island Cruise the next day and for the free shuttle to pick us up to go to the Otogar the day following. He told me that a big scam at the bus station was to sell the cheap cruise for the expensive cruise price. He called the tour company and told me that he had fixed things so that we were on the better boat now but we would have been on the worse boat. I’m not so sure his calls did any good.

We walked through Fethiye and it was hot! the weather was scorching and as we walked along the docks, I saw literally hundreds of tour boats competing for business. If I had been more patient, I’m certain I could have gotten us on an ultimately much better cruise for the same or less money (30 lira each plus ‘expenses’).

We found a great little restaurant off the tourist path called Efe where we a delicious dinner of pide (Turkish pizza), salad, and chicken wings for about 23 lira. The owner reminded me of Lee Marvin with his American accent and constant cigarette smoking. Nice guy, delicious food, reasonable prices. 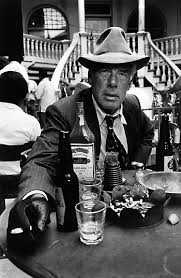