This is amazing. It takes weeks to feel the effect of currently-available antidepressants. The only thing that works faster is good old “electroshock therapy” (which might seem kind of primitive, but actually helps a lot of people who don’t respond to medication).
Ketamine is primarily used in veterinary medicine in the US (and recreationally as ‘Special K’), but in other countries it is often the first choice for human anesthesia. So, it has a good track record of safety in humans, but it does cause hallucinations and euphoria incompatible with working, driving, etc. I wonder, though, if one might get a refractory depression after ketamine, such as can happen after MDMA (Ecstasy). It seems ketamine wears off more slowly than MDMA – maybe this averts the “crash” effect…

An anaesthetic can treat depression within hours, a study has suggested.
A US team found ketamine, a medication usually used as an anaesthetic but also taken as a recreational drug, relieved symptoms of depression.
Most existing treatments for depression take weeks or even months to relieve people’s symptoms.
But the team, writing in Archives of General Psychiatry, said ketamine would need to be altered so it lost its existing hallucinatory side-effects. 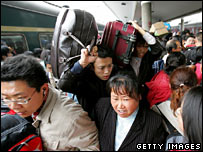