He obviously wants to be a bus driver. Get this kid in the program!
cd

FERN PARK, Fla. – A 15-year-old boy stole a bus, drove it along a public transit route, picked up passengers and collected fares, authorities said Sunday.
Ritchie Calvin Davis was already on probation for taking a tour bus and driving passengers around, authorities said.
In Saturday’s incident, he took the bus from the Central Florida Fairgrounds in Orlando, where it was parked awaiting sale at an auction, a Seminole County sheriff’s report said. The bus belongs to the Central Florida Transportation Agency, which runs LYNX public transit services in the Orlando area.
“I drove that bus better than most of the LYNX drivers could,” the teen, who is too young to drive legally, told a deputy after he was stopped and arrested. “There isn’t a scratch on it. I know how to start it, drive it, lower it, raise it.”
Passengers and deputies noted Davis drove the bus at normal speeds and made all the appropriate stops on the route. One passenger, suspicious of the youthful looks of the driver, called 911.
The bus had two passengers when deputies stopped it in Fern Park, about 12 miles north of the fairgrounds. Authorities believe Davis picked up a total of three passengers and collected only a few dollars.
He was charged with grand theft auto and driving without a license. A court hearing was scheduled Tuesday to determine whether he will be charged as an adult.
A message left at the home of a man identified as a Davis relative was not immediately returned Sunday. 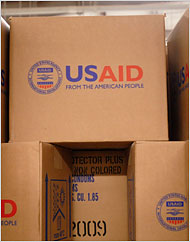