This article talks about clothes from Britain, but American cast-offs definitely also get sold in bulk.
I’m not sharing this to discourage donation of clothing, but don’t be naive enough to think that your trash is going to be lovingly hand-delivered to someone in need.
Some charities may be able to do more good in other ways using the money they get from the clothing sales. Or they might use the money to send out a bunch of fliers and buy TV ads. Consider recycling your cast-offs in other ways.

Only a small proportion of the clothes that go to charity shops will be put on sale in this country. Most of them are bought by rag traders and sent to Africa where they are resold. So who wins from the arrangement?
In a dusty warehouse off the sprawling Soweto market in Lusaka, Zambia’s capital, Christine Mwinge is trying to come to a decision.
She’s a market trader, specialising in women’s jackets, and she needs to restock. A warehouse assistant has dragged two tightly wrapped 45 kilogram bales of jackets from the stores for her to inspect.
She’s only allowed to choose between these two, no more. But she’s not allowed to open more than a tiny corner of the bales to see exactly what’s inside them.
“It’s a gamble, but sometimes I make jackpot,” she says. Suddenly she spots something inside one of the bales. “This one I get,” she announces firmly.

Instead, they are sold on to rag traders like Savannah Rags.
Sometimes the charities never even see the clothes, they simply sell the rag traders the right to put the charity’s name and logo on the clothes recycling bins in supermarket car parks – but the bins actually belong to the traders.

I was surprised to find that many Africans seem to think that the people donating the clothes are performing a selfless act.

Her husband, Cephas, says he is grateful to the British. “You brothers on the other side, you also have families, but you sacrifice sending these things to Africa”.
This idea, that we are giving up our own clothes to help Africans, is widespread. When a seller of second-hand shoes, Valerio Kamlaoewe, is told the truth – that the shoes are thrown out as rubbish – he is visibly shocked.
He thinks a minute, then rallies and says: “Pile them up and give them to us in Africa and we will be surviving on them.” 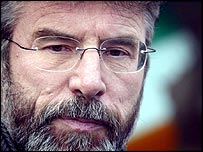 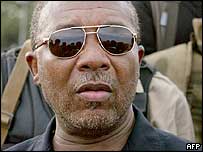