The data analyst who took the laptop home has basically been blamed for making a big mistake in doing so. Yet, according to this article, the analyst had permission since 2002 to take home his or her laptop, to use software at home which is designed to work with large databases, and to have access to social security numbers. OK, any one of those things by itself does not constitute permission to take home a huge file containing social security numbers, but taken together they pretty much do. It would be hard to argue that the analyst’s supervisors did not know what he or she was doing.

By HOPE YEN, Associated Press Writer
(06-29) 08:20 PDT WASHINGTON, (AP) –
The government has recovered the stolen laptop computer and hard drive containing sensitive data for up to 26.5 million veterans and military personnel, Veterans Affairs Secretary Jim Nicholson said Thursday.
Nicholson said law enforcement officials were still investigating to determine whether data from the equipment, which included names, birth dates and Social Security numbers, had been duplicated or utilized in any way.
So far, he said there have been no reports of identity theft stemming from the May 3 burglary at a VA employee’s Maryland home.
“There is reason to be optimistic,” Nicholson told a House committee at the opening of a hearing on one of the worst breaches of information security. “There is not a certainty, but we have to remain hopeful they have not been compromised.”
Nicholson offered no immediate details on how the laptop was recovered. He acknowledged that the burglary “has brought to the light of day some real deficiencies in the manner we handled personal data.” 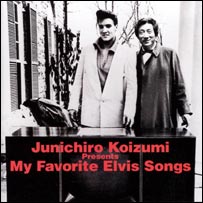