If you are planning to come to Hawai’i, this might not be the best time. It’s been weeks since I’ve been in the ocean due to sewage spills that resulted from heavy rains. We’ve had lots of flooding and rain for the past month or so with no sign of it letting up. Luckily, I’m from the Pacific Northwest and my webbed feet are serving me well….
cd

HONOLULU – A dam on the Hawaiian island of Kauai apparently failed Tuesday, sending torrents of water gushing from a reservoir to the Pacific Ocean, the Coast Guard said. Seven people were reported missing.
Coast Guard spokesman Michael De Nyse said the dam burst was reported around midmorning.
It has rained heavily across Kauai in the past few days.
A Coast Guard helicopter was on the scene looking for the missing people.
State Rep. Hermina Morita, whose district includes the area where the dam burst, said a constituent who had spent the night away from home returned and was searching for four family members.
She said the Kauai resident, whom she did not identify, told her the force of the water swept debris into the ocean about three miles away from the constituent’s home.
There was no warning about the dam’s strength or the amount of water in the reservoir behind it, Morita said.
“I think everybody was taken by surprise,” she said.
Ray Lovell, a spokesman for state Civil Defense, said he could not provide details because his office was still learning about the incident.
Kauai is the westernmost of Hawaii’s main islands. 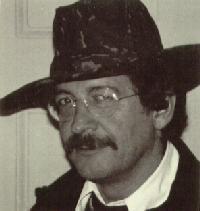