Mink and I are just back from Tahiti and it seems that the rains have not stopped in Hawaii while we were gone. This particular flood could have disasterous consequences as Morgan Beret is Mink’s favorite Lingerie store. I’m glad the employees all made it to safety. A little later we will post some pictures of Tahiti and Huahine, with more details about where we stayed, what we did, etc. It was sunny and beautiful the whole time we were there until the last morning when intermittant showers created incredible waterfalls for us on Tahiti Iti.
cd

Ankle-deep water forced the closing and evacuation of Kahala Mall shortly before 1 p.m. on Friday.
Toys, food, chairs and other debris floated in brown murky water at Kahala Mall after floodwaters rushed through the theater complex at the shopping center. The water set off alarms and filled some of the 90 shops with more than a foot of water.
Storekeepers barely had time to move their merchandise to higher ground.
At risk are the goods stored in the shopping center’s warehouse, one floor below ground level.
“The first thing I rescued was my employees. They got scared. We have no back entrance. We saw the water rushing throughout they had to get out. We shut the doors and realized this was coming up faster than we could take,” said Julie Hassel, of Morgan Beret Lingerie.

The rains and saturated ground have caused a number of landslides and road hazards. Police closed Kamehameha Highway between Mililani and Waipio because of a landslide and fallen tree. Two more landslides were reported on Oahu’s Windward side.

Major flooding was reported in Makiki, where residents in some neighborhoods had to be evacuated because of floodwaters. Makiki Stream overflowed near Fern Street at about 12:30 pm, with water three to four feet deep at Moku Place. The stream’s rapids funneled into the narrow drainage channel on Kalakaua Avenue, sending torpedoes of lumber, driftwood and garbage slamming into three connecting walkways over the stream before spilling over the embankment at Philip Street. Shopkeepers along Kalakaua closed their doors as police closed off the avenue between King and Kanunu Streets.

The massive Waikiki sewage spill has hit nearly 50 million gallons through the Ala Wai Canal and into the ocean, city officials said. 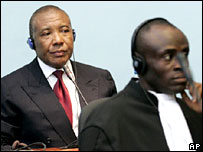