Well, I was wondering about this..I guess this explains a lot…now, I’ve got to get back to creating….
I’m assuming they mean 4 to 10 a year….
cd 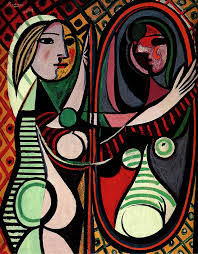 LONDON (Reuters) – Pablo Picasso, Lord Byron and Dylan Thomas had more in common than simple creativity. They also had active sex lives, which researchers said on Wednesday was no coincidence.
Psychologists at the University of Newcastle upon Tyne and the Open University in Britain found that professional artists and poets have about twice as many partners as other people.
Their creativity seems to act like a sexual magnet.
But Dr Daniel Nettle, a psychologist at Newcastle University’s School of Biology, said it is a double-edge sword.
“Poets and artists have more sexual partners but they also have high rates of depression,” he told Reuters.
Nettle and his colleague Helen Clegg questioned 425 British men and women, including professional artists, poets and schizophrenic patients, about their creative activity, sexual encounters and mental health characteristics.
Although creative people have long been associated with active sex lives, the researchers believe their study is the first to back it up with research.
They found that professional artists and poets had between 4 and 10 sexual partners, while less creative people had an average of three.
“We found it in both the men and women which was quite a surprise to us,” said Nettle, who reported the finding in the journal “The Proceedings of the Royal Society (B).”
The study also showed that the average number of sexual partners increased as creative output went up. What the artists produce draws attention to them, which seems to enhance their sexual allure.
“It could be that very creative types lead a bohemian lifestyle and tend to act more on sexual impulses and opportunities, often purely for experience’s sake, than the average person would,” said Nettle.
The active sex lives of artists is often tolerated, even by long-term partners who are less likely to expect loyalty and fidelity from them, according to the researchers.
Picasso, Byron and Thomas were famous for their art and their attraction to women.
“They illustrate some of the phenomena quite well — lots of acclaim and lots of women,” said Nettle. 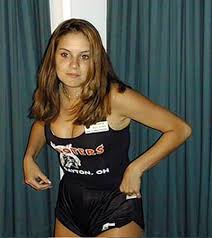