The Chairman and I had the good fortune to attend a screening of Rang de Basanti last evening at the Honolulu International Film Festival. Rang de Basanti (Hindi for ‘color of sacrifice’) has become a phenomenon in India – the RDB Phenomenon. The tagline of the film is “The Awakening of a Generation” and the film’s message, that individuals can make a difference and need to take responsibilty for changing things they don’t like, has touched a chord – protests against assorted injustices have taken place all over India in the last year, staged in the style of the pivotal protest scene in Rang de Basanti.
At risk of giving too much away, the Minister of Defense for India is assassinated in the film and surrounding events convince a generation of young Indians that they should care about their country and that their actions matter. The Chairman and I wondered if such a film set in America and featuring the assassination of an American politician could succeed in galvanizing the opiated masses in the US. Well, we may or may not find out…..
Death of a President premiered at the Toronto Film Festival in September. The film features the assassination of George W. Bush. Now, CNN and NPR are refusing to run ads or sponsor messages for the film.

LOS ANGELES (Oct. 24) – Two major U.S. news outlets, CNN and National Public Radio, will not air advertisements for a controversial movie depicting the assassination of President George W. Bush, citing the film’s content, network spokeswomen said on Tuesday.
The movie, “Death of a President,” caused a stir at the Toronto Film Festival in September where it debuted, and two major U.S. theater chains have declined to screen the movie when it debuts in the United States on Friday.
“CNN has decided not to take the ad because of the extreme nature of the movie’s subject matter,” the cable television network said in a statement.
A spokeswoman declined to comment beyond the statement. The network has reported about the movie in recent months.
NPR will not run sponsor announcements to avoid any notion that it was reporting about the movie because it took the sponsorships, an NPR spokeswoman said. 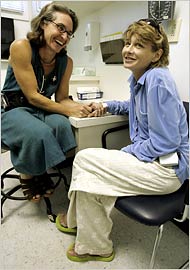 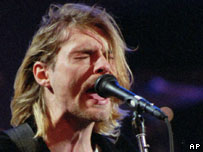