(09-21) 04:00 PDT BEIJING, China (AP) —
A rubber company in China has begun marketing condoms under the brand names Clinton and Lewinsky, apparently seeking to exploit the White House affair that led to the impeachment of America’s 42nd president.
Spokesman Liu Wenhua of the Guangzhou Rubber Group said the company was handing out 100,000 free Clinton and Lewinsky condoms as part of a promotion to raise consumer awareness of its new products.
He said that after the promotion ends, the Clinton condoms will go on sale in southern China for 29.8 Yuan ($3.72) for a box of 12, while the Lewinsky model will be priced at 18.8 Yuan ($2.35) for the same quantity.
“The Clinton condom will be the top of our line,” he said. “The Lewinsky condom is not quite as good.”
Condoms Are Named for Clinton, Lewinsky
Will You Buy “Clinton” Condoms?” 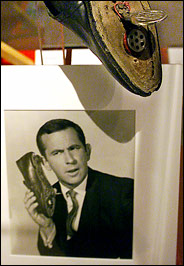