This family thought their daughter was in the hospital, while somebody else’s family was having her funeral, thinking it was their dead daughter… Sounds like a soap opera plot, but it’s real.
The screw-up was noticed when the hospitalized woman started “saying and doing things that made us question whether or not she was Laura…” What was she doing? Swearing like a sailor?

A US family has spent weeks caring for a comatose crash victim only to learn their daughter died in the crash and the survivor is someone else.
The family of Laura VanRyn realised a mistake had been made as the crash victim emerged from her coma.
Tests showed the woman in hospital was not their daughter but a college mate of hers, Whitney Cerak, who was in the same accident and resembled Ms VanRyn.
The Cerak family had buried Ms VanRyn’s body, thinking it was their daughter.
The two women looked similar.
Both were students at Taylor University, Indiana, and were travelling together on 26 April when their vehicle was involved in a collision that left five people dead.
Ms VanRyn was among those killed. Ms Cerak was rescued alive from the crash and taken to hospital, where she was incorrectly identified as Ms VanRyn.
She had suffered facial swelling, cuts and bruises and fractures and her neck was held in a brace.
‘A fairy tale’
A web journal posted by the VanRyns documented their vigil by the hospital bedside of the woman they thought was their daughter.
On Monday, the journal described how the woman was beginning to regain her memory but “still has times where she’ll say things that don’t make much sense”.
On Wednesday, a journal entry said: “Our hearts are aching as we have learned that the young woman we have been taking care of over the past five weeks has not been our dear Laura but instead a fellow student of hers, Whitney Cerak.”
“As Whitney had been becoming more aware of her surroundings, she’d been saying and doing things that made us question whether or not she was Laura,” the journal said.
Ms Cerak’s grandfather told the Associated Press news agency he was shocked by the news of her survival.
“I still can’t get over it,” he said. “It’s like a fairy tale.”
A spokesman for Taylor University told the agency: “We rejoice with the Ceraks. We grieve with the VanRyns.” 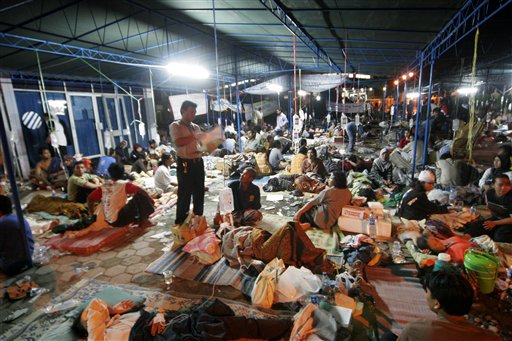 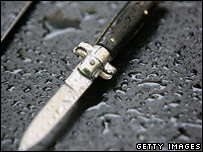