(It’s Zoo Day @ fukn.us! Or something. Anyway, this puts things in perspective when you have a bad day at work. -kg)

A Chinese zoo worker has been badly mauled by three lions on his first day at work.
Unfamiliar with the layout of Shanghai Wild Animal Park, Zhang Huabang accidentally entered the lion area, where he was immediately attacked.
Mr Zhang is still in a critical condition in hospital, and is expected to take at least a year to fully recover.
The park has announced an internal investigation into the incident.
When the 34-year-old began work on Tuesday morning, his supervisor issued some safety instructions, according to the Shanghai Daily News.
But later in the day, Mr Zhang mistakenly wandered into the lion area. A look-out spotted what happened next, and immediately sounded an alarm.
The lions were reportedly hosed down with water and given a chicken to distract them.
BBC NEWS | Asia-Pacific | China zoo worker mauled by lions 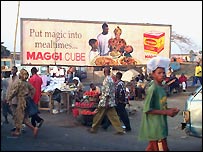 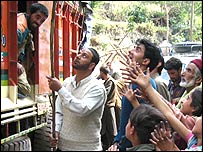