I live in the pot. I live in the kettle. Maybe that phrase needs to be updated…why is it a bad thing for the pot or the kettle to be black? Is it a bad thing to be black? I don’t think so but I did see a preview for a TV show where a black family and a white family switch races for a day or a week or something…could be interesting….Regardless of skin color, human rights abuses are bad and neither the US nor China have much room to criticize…not that that is stopping either….
cd

China Returns Sharp Retort to U.S. Report on Human Rights
By JOSEPH KAHN
BEIJING, March 9 — China today criticized the human rights record of the United States, arguing that racial discrimination remained pervasive and that the American military abused prisoners held at detention centers abroad.
In a sharply worded response to the annual State Department report on human rights conditions globally, which was released in Washington on Wednesday, China’s State Council, or Cabinet, said the American government should concentrate on improving its own rights record.
“As in previous years, the State Department pointed the finger at human rights situations in more than 190 countries and regions, including China, but kept silent on the serious violations of human rights in the United States,” the Chinese report said. 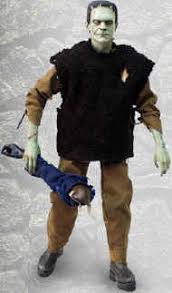