For some reason, I would have expected the membership to be a little more than $20 Canadian…the question is…who are these Canadian Swingers and what do they look like?
cd

OTTAWA (Reuters) – Group sex among consenting adults is neither prostitution nor a threat to society, the Supreme Court of Canada ruled on Wednesday as it lifted a ban on so-called “swingers” clubs.
In a ruling that radically changes the way courts determine what poses a threat to the population, the top court threw out the conviction of a Montreal man who ran a club where members could have group sex in a private room behind locked doors.
“Consensual conduct behind code-locked doors can hardly be supposed to jeopardize a society as vigorous and tolerant as Canadian society,” said the opinion of the seven-to-two majority, written by Chief Justice Beverley McLachlin.
The decision does not affect laws against prostitution because no money changed hands among the adults having sex.
The court was reviewing an appeal by Jean-Paul Labaye, who ran the L’Orage (Thunderstorm) club. He had been convicted in 1999 of running a “bawdy house” — defined as a place where prostitution or acts of public indecency took place.
Labaye — who is still running L’Orage despite his earlier conviction — said he was relieved, and would now go ahead with a new venture with backing from a group of Florida investors.
“We hope clients will be more calm. This will probably lead the way to a good future,” he told reporters, saying he was looking at adding a Jacuzzi and a swimming pool.
Labaye said he had about 2,000 regular clients who paid around C$20 ($17) a year for a membership card.
Lawyers for Labaye and the owner of another swingers’ club in Montreal argued that consensual sex among groups of adults behind closed doors was neither indecent or a risk to society.
The Supreme Court judges agreed.
“Criminal indecency or obscenity must rest on actual harm or a significant risk of harm to individuals or society. The Crown failed to establish this essential element of the offense. (Its) case must therefore fail,” McLachlin wrote.
In indecency cases, Canadian courts have traditionally probed whether the acts in question “breached the rules of conduct necessary for the proper functioning of society.” The Supreme Court ruled that from now on, judges should pay more attention to whether society would be actively harmed.
This seemed to ensure there could be no repeat of Labaye’s original conviction for causing “social harm” by allowing degrading and dehumanizing group sex to take place.
The judges said that just because most Canadians might disapprove of swingers’ clubs, this did not necessarily mean the establishments were socially dangerous.
“The causal link between images of sexuality and anti-social behavior cannot be assumed. Attitudes in themselves are not crimes, however deviant they may be or disgusting they may appear,” the judges said, noting that no one had been pressured to have sex or had paid for sex in the cases the court considered.
“The autonomy and liberty of members of the public was not affected by unwanted confrontation with the sexual activity in question … only those already disposed to this sort of sexual activity were allowed to participate and watch,” they said.
They also dismissed the idea — raised during Labaye’s original trial — that group sex was dangerous because it could result in the spread of sexually transmitted diseases.
“Sex that is not indecent can transmit disease while indecent sex might not,” they ruled.
($1=$1.17 Canadian) 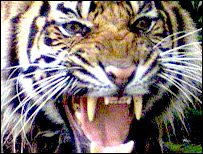