Actress Katie Holmes, who is engaged to film star Tom Cruise, has given birth to the couple’s first child.Holmes gave birth to a baby girl, Suri, on Tuesday in Los Angeles. Both mother and baby were “doing well”, a spokesman said in a statement.
The baby is the first for Holmes, while Cruise has two adopted children from his marriage to Nicole Kidman.
The couple, who have been engaged since June 2005, plan to marry in late summer or early autumn, according to Cruise.
Spokesman Paul Bloch said in a statement that the couple “joyously welcomed” the arrival of their daughter.
The baby’s name, Suri, came from Hebrew, meaning “princess” or Persian, meaning “red rose”, the statement said.
The baby weighed 3.4 kg (7lb 7 oz) and measured 50.8 cm (20 inches), Mr Bloch said. 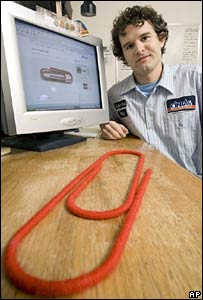