Well…here you have it at last in clear and solid terms. The intractiable stance of the dunce that has lead the US into two counterproductive wars already and the easy way to start the next world war. Someone either give Iran the push to attack Isreal, stage an attack on Isreal that appears to be from Iran, or manufacture evidence to show that Iran is prepared to attack Isreal and we can begin….
….to fight everyone. What a jackass we have for a President.
cd
Bush: US would defend Israel against Iran – Yahoo! News
“Israel is a solid ally of the United States, we will rise to Israel’s defense if need be. So this kind of menacing talk is disturbing. It’s not only disturbing to the United States, it’s disturbing for other countries in the world as well,” he added.
Asked if he meant the United States would rise to Israel’s defense militarily, Bush said: “You bet, we’ll defend Israel.” 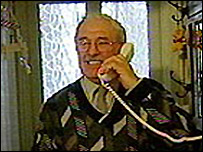