My bitter friend sent me this. Bitter people are often much funnier than happy people. Dennis Miller was wayyyy funnier when he was bitter.

Antiquing
Systematically going back and sleeping with everyone you’ve ever dated. A neat trick if you can pull it off.
Breakup Sex
Coitus with a party immediately following the agreement to sever romantic ties. Often confused by the more amorous party as being make up sex.
Cubic Zirconium
The stone with which a woman replaces the diamond in her engagement ring before returning it to her fiance. Proceeds from selling the original stone are often used by the former fiancee to buy Vibratex Rabbit vibrators for herself and her 87 closest friends.
Dog catching
The uplifting yet disturbing realization that your ex’s current flame is a real dog, which means either he or she is much cooler than you and doesn’t need to be good looking, or you’re a lot worse looking than you thought you were.
Drunk Dialing
Always a bad idea
Ex Sex
Post-relationship nookie with a recently ditched lover. Often the result of the epiphany that you might never have sex with anyone else again…for free.
Gay Day
The short period immediately following a breakup with a man where a woman considers “going gay.” It subsides after watching ten minutes of the next morning’s Ellen DeGeneres Show.
Outsourcing
Diversifying your love life so as to minimize the emotional damage any single break could do. A good outsourcer would have one partner for hanging out (someone gay if you’re straight), one to have casual sex with, and one who will buy you stuff.
Payback Sack
The art of sleeping with anyone and everyone your ex has cared for, including, his (or her) family, friends, hairdresser and Rabbi. 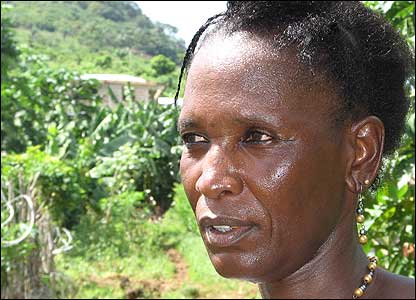