I am amazed that this is the first I have heard of this…I’m here everyday, usually read the student paper, and have heard nothing about it…(here is another link from the star bulletin…) It sounds to me like they are using baking soda and vinegar boobie traps…we used to make these to protect our forts when I was a kid….basically you just fill a smaller container with vinegar and put it inside a larger container filled with baking soda, when someone knocks it over, the two mix creating foaming gas (just like that volcano science project on the Brady Bunch), if you have placed a lid over it and sealed it, the pressure will build up until the container explodes. This is simply a guess and a probable FYI, don’t try this at home or anywhere else for that matter. Especially if you are using a glass container, this simple homemade device can be deadly. Don’t do it.)
cd

Honolulu police are trying to find those responsible for a series of chemical bombs that have been exploding around the University of Hawaii Manoa campus for months.
Early on Monday morning, authorities evacuated a couple of rooms at the Johnson Hall dormitory on Dole Street. The Honolulu Police Department’s bomb squad and Honolulu Fire Department’s hazardous materials crews arrived at Johnson Hall on Dole Street after students found seven homemade bombs.
“So, there was right over here, there was an actual blown bottle, and right over here there was a 20 ounce Pepsi (bottle) that wasn’t blown yet,” one student said.
She showed KITV where she saw the bombs and said that five of them had already exploded, two had not.
A University of Hawaii spokesman said the homemade bombs were made out of plastic bottles filled with common household chemicals.
No one was injured in the blasts, but one person got some of the chemicals on his face and in his eyes. Paramedics treated him and said he appeared to be OK.
Students said they’ve been hearing random explosions here for months. They said that the biggest problem came Saturday night when they heard five explosions between 9 p.m. and 11:30 p.m.
“The last one was a loudest, which startled myself and the desk receptionist at the front desk,” the student said.
A UH spokesman said campus security has not had to respond to other bomb incidents. Students KITV spoke with said they have not complained because the explosions have happened periodically for months. 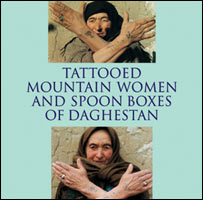