On a press bus in New Hampshire during the 1968 presidential campaign, writer Bill Cardoso told Hunter S. Thompson, “Don’t worry, [the other reporters] are all so square they won’t know what you’re doing.”
Cardoso was referring to the marijuana joint he had just given Thompson, a freelance journalist of some notoriety who had earned admiring reviews for a book about the Hells Angels motorcycle gang. But Cardoso could just as well have been talking about something else he shared with Thompson: a vision of journalism that he later summed up in one spectacularly apt word:
Gonzo. 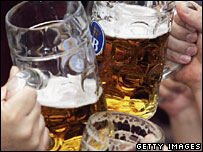