This is one of those great stories that gets squashed under the crush of history….imagine those people rioting to get their 11 days back….I believe it would happen..even today
cd
Organizers in Philadelphia are gearing up for the Jan. 17 celebration of Benjamin Franklin’s 300th birthday with pomp and pageantry. But there is just as much reason to party this Friday, Jan. 6, which was Franklin’s birth date before time skipped ahead 11 days in 1752.
This little-known ripple in American history was a result of the switch from the Julian to Gregorian calendars, part of an ongoing struggle to realign the days with Earth’s orbit.
Because it takes just more than 365 days for the Earth to rotate around the Sun, calendars eventually shift out of line with the seasons unless adjustments are made. The Julian system, introduced by the Romans in 46 B.C., was advanced for its day but still added 11 minutes every year.
According to historian Robert Poole, this shortcoming had pushed Easter’s date so out of whack by the sixteenth-century that Pope Gregory XIII felt compelled to act.
“The Gregorian reform removed the unbidden ten days from October 1582 to bring the calendar back into the same relationship with the heavens which it had borne in 325, and introduced a modified pattern of leap years to keep it there,” Poole writes in the journal Past & Present.
When Britain and its American colonies reluctantly adopted the new system in 1752, a jump of eleven days was necessary to correct the imbalance. By legal decree, at midnight on the night of Sept. 2, the clock ticked forward and it became Sept. 14.
Anyone living at the time of the skip had to adjust their thinking as well as their birth dates. To avoid confusion, dates were referred to as “Old Style” or “New Style,” as Franklin does writing about an uncle in his autobiography of 1771:
“He died in 1702, Jan. 6, old style, just 4 years to a day before I was born.”
Officials throughout the British Empire were also forced to quell taxpayers’ fears that they would have to fork over money for days that never existed. A common story, which Poole denounces as mostly folklore, goes that some people believed their lives were actually being shortened and rioted to get their eleven days back. 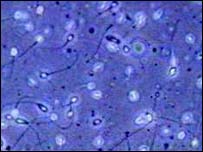 December 14, 2022
Magic Mushrooms are good for you, More than the 4th in July, Wes Clark vs. John McCain, and don't be these stupid drunks on the holiday!