(No, the guy didn’t actually carry the baby… that would have been a better story – kg)

A 45-year-old Calcutta accountant is thought to be India’s first single man to father an in-vitro fertilised baby.
Amitava Banerjee has called his two-day-old son Arjun (after the mythical Hindu warrior).
Mr Banerjee says he always wanted to father a child. Legal experts say he faces hurdles to keep the boy.
Neither the woman who provided the egg fertilised by Mr Banerjee’s sperm, nor the surrogate mother into whom the egg was implanted, was his wife.
Mr Banerjee’s marriage ended in divorce many years ago.
BBC NEWS | South Asia | IVF son for single Indian father 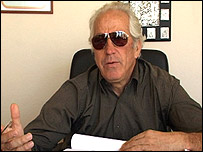