Well Friends, as a devotee of all things Slack and a long time friend of Bob, I am completely outraged to see that the only religion that makes any sense The Church of the Subgenius is being persecuted by an anal retentive pink boy of a judge. Bob has always led his followers to the edge of mockery and far beyond, but he is far from a hypocrit. Take for example, the Baby Jesus Buttplug…Christians are probably very offended by this irrascable tribute and are even now plotting to burn down my house but were the roles reversed and a Christian website yukking it up over a Bob Dobbs Buttplug….Bob, myself, and all the subgenii would only be too pleased to support radical self expression. I think, as a gesture of goodness, someone should send Judge Punch a Baby Jesus Buttplug so that he can lead a more satisfied and meaningful existance.
cd

Bartholomew’s notes on religion
SubGenius Membership Allegedly Leads to Loss of Child Custody
This case began in 1997 when Rachel Knight [the blog’s author, in third person] and her son, Kohl Jary moved to Texas to be with her fiancÃ©, Steve Bevilacqua.
â¦On December 22, 2005, without informing Rachel, Jeff [Jary, the boyâs natural father] went to the Orleans County Courthouse and presented Judge Punch with a series of allegations about not being able to contact Rachel and needing an order of Temporary Sole Custody in order to prevent Kohl from being kidnapped.
Rachel Bevilacqua denies Jeff Jaryâs claims, and gives her account of the court case (square brackets in original, emphasis added):
â¦On February 3, 2006, Judge Punch heard testimony in the case. Jeff entered into evidence 16 exhibits taken from the Internet, 12 of which are photographs of the SubGenius event, X-Day. Kohl has never attended X-Day and is not in any of the pictures. Rachel is depicted in many of these photos, often wearing skimpy costumes or completely nude, while participating in X-Day and Detroit Devival events.
The judge, allegedly a very strict Catholic, became outraged at the photos of the X-Day parody of Mel Gibsonâs movie The Passion of the Christ â especially the photo where Jesus [Steve Bevilacqua] is wearing clown makeup and carrying a crucifix with a pool-noodle dollar sign on it while being beaten by a crowd of SubGenii, including a topless woman with a âdildoâ?.
â¦Judge Punch lost his temper completely, and began to shout abuse at Rachel, calling her a âpervert,â? âmentally ill,â? âlying,â? and a participant in âsex orgies.â? The judge ordered that Rachel is to have absolutely no contact with her son, not even in writing, because he felt the pictures of X-Day performance art were evidence enough to suspect âsevere mental illnessâ?â¦
The Bevilacquas are also asking for donations to launch an appeal. 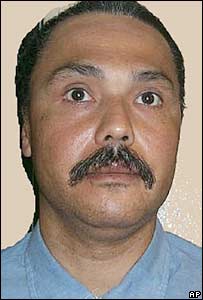