This is cool not only because it helps explain men, but because Simon Baron-Cohen is Ali G’s cousin….

The brain structure of people with autism is an “exaggeration” of the normal male brain, researchers suggest.
It has long been suggested that autistic behaviour is an exaggeration of male habits such as making lists.
But Cambridge Autism Research Centre researchers say the actual development of the autistic brain also exaggerates what happens in male brains.
Writing in Science, they say investigating this theory further will aid understanding of autism.
The team, led by Professor Simon Baron-Cohen, looked at research carried out into this “extreme male brain” explanation for autism.
They point to evidence that males generally have greater early growth of certain brain regions, and less hemispheric connectivity than females.
Boys’ brains grow more quickly than girls’. In the brains of people with autism, this growth appears to occur to an even more extreme degree. 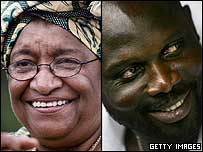