(Do something nice for the indigenous people around you. If you are indigenous…try to not be too indignant. It’s your day!–cd)

(I realize that the above picture is outrageous…please read the comment I’ve posted at the bottom of this story…the outrageous thing is that atrocities like that above are being committed every day in our indgenous communities…..cd)

Message from the Director-General on the International Day of the World’s Indigenous People.
In 2004 the first International Decade of the World’s Indigenous People (1995-2004) came to an end. Its main merit was that it had centred the attention of the United Nations on the need for awareness of the problems encountered by indigenous peoples the world over. The time has now come to consider new perspectives and strengthen international cooperation in order to meet these peoples’ expectations.
The International Day of the World’s Indigenous People, 9 August, marks the day on which the Working Group on Indigenous Populations met for the first time in 1982. It should act as an occasion for thinking about this process and taking part in it.
Faced with the reality of the living conditions of indigenous people, which often remain precarious, the General Assembly of the United Nations, at its 59th session, proclaimed a second International Decade of the World’s Indigenous People, from 2005 to 2014.
The second Decade will provide UNESCO with an opportunity to pursue and intensify its efforts to promote the cultures of indigenous people and their fundamental rights. It will also offer the occasion to emphasize the need to mainstream culture in every development policy. Such mainstreaming is all the more necessary when indigenous people are involved, since they have a holistic vision of the world and maintain a special link with their environment.
It is therefore essential to strengthen the partnership with indigenous people by improving the mechanisms for the consultation of communities and arranging their participation in projects undertaken in UNESCO’s fields of competence. A central plank of our work will be to give greater thought to an issue of overriding importance for indigenous people – namely their informed, free and prior consent – and its application in the processes of project formulation and execution. 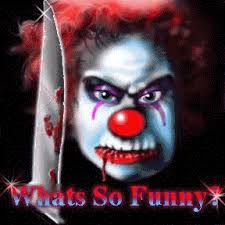