You gotta love Hef! Reflecting on his recent birthday he mused
“Maybe to some extent 80 is the new 40, I truly believe that age — if you’re healthy — age is just a number. On many levels I feel younger today than I did 10, 15 years ago.”
Perhaps the secret to his longevity and health lies in his three twenty something blonde girlfriends he lives in a mansion with. Or maybe it’s the new edition of Playboy which debuted in Indonesia and is creating controversy…or maybe it’s the new playboy club in Vegas…or maybe it is his rebellious nature that caused him to start playboy in 1953 and embark on a mission of sexual liberation….whatever it is…Hail to the King.
cd

AP Wire | 04/19/2006 | Hef gives TV to students watching his film
Hef gives TV to students watching his film
Associated Press
WENTWORTH, N.C. – Hugh Hefner was the one handing out presents as his 80th birthday rolled around.
Moved by a plea from a class that watched a film he produced – no, not one of THOSE films – on a 17-year-old television, the founder of the Playboy empire, who turned 80 on April 9, gave a 32-inch color TV to Rockingham County High School.
English teacher Angela Wilson said the idea sprouted in early March as her class studied Shakespeare. Part of the plan was to view the 1971 film “The Tragedy of Macbeth.”
“We read the play and they wrote essays about it, and when we watched the video, they noticed that the executive producer was Hugh Hefner,” she said Tuesday.
The students joked about asking Hefner to spruce up their audiovisual experience. While they watched the movie, Wilson drafted a note to the original playboy, asking for his help “so our viewing experience can be as wonderfully unforgettable as the film itself.”
All 24 students signed the final version, and copies went out March 10 to Hefner’s Chicago headquarters and the Playboy mansion in Los Angeles. The reply came about two weeks later, when a Hefner aide called to say the TV was on its way.
The class reacted with “disbelief and shock, and then they started laughing, and then they got excited,” Wilson said.
School officials did, too, and bought a combination DVD-video player to go with the set.
Wilson’s students have followed up with a thank-you note that goes in the mail this week. She’s also thrilled that Playboy staffers have asked for 10 copies of the school newspaper – she’s the adviser – that contains an article about the donation so they can add it to Hefner’s scrapbook.
In a small Southern town, accepting presents from the founder of the world’s most famous skin magazine might cause a furor, but so far Wilson said that hasn’t happened.
“I can appreciate the sensitive nature of this, but I have received not one comment,” she said. “Most people are amused by it – touched, entertained. Most people are touched by his generosity.” 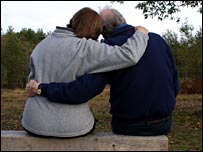