It was 20 years ago today that People Power knocked the Marcos Regime out of power in the Philippines. Seems ironic that the country is still ruled by martial law…of course that was only just imposed on Friday as Gloria Arroyo, the current President is fearful of increased calls for her to step down. Filipinos have questioned her dedication and abilities over the past year. The martial law has not stopped the people from rallying where they are sprayed with water cannons and dispersed…Hard to say if things are any better on this anniversary…
cd

Arroyo issued her emergency declaration Friday during a television address in which she called for calm and said the Cabinet was firmly behind her.
Clashes erupted on Friday as riot police used water cannons to disperse thousands of protesters defying a ban on rallying at a shrine to the 1986 “people power” uprising that toppled dictator Ferdinand Marcos, news services reported.
On Saturday, the streets of the capital Manila were calm and quiet as the anniversary arrived marking 20 years since the end of rule by dictator Ferdinand Marcos.
Marcos was chased from the country by a “people power” revolt after a two-decade rule that included nine years of martial law used to jail opponents and close down the free press.
Early on Saturday, Manila police raided a pro-opposition newspaper, The Daily Tribune, gathering documents, confiscating copies from the printing press and padlocking the office.
Police on Saturday questioned leftist congressman Crispin Beltran, The Associated Press reported. He was shown a warrant but not charged over a case of incitement to rebellion 21 years ago, before Marcos fell. 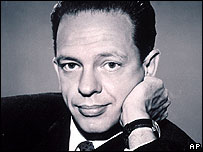